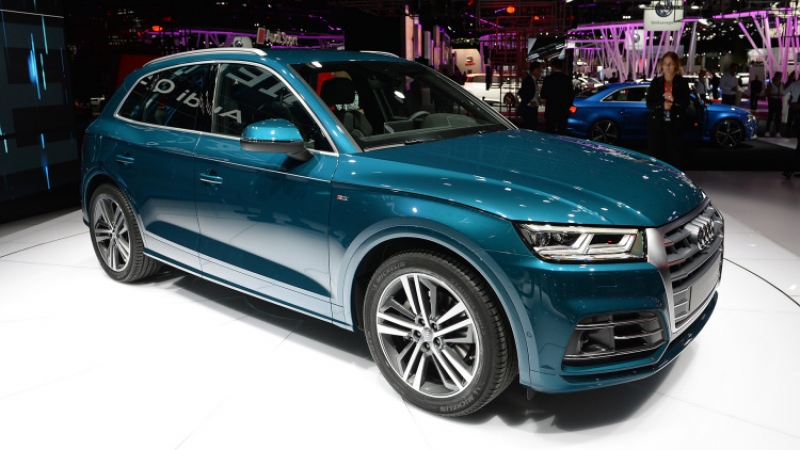 It's more sporty, more efficient, it's lighter, it's got this new technology, the air suspension, that's why it will set the standard in this segment again.

The first Audi Q5 made a name for itself hitting a Goldilocks zone in the crossover segment and challenging BMW, Mercedes-Benz, and Lexus for supremacy in what would become one of the luxury market's most important segments. The Q5 is already Audi's best-selling vehicle globally, underscoring its importance to the German brand. Like its predecessor, the second-generation Q5 takes the Q7's looks and tech, then distills it into a smaller package. 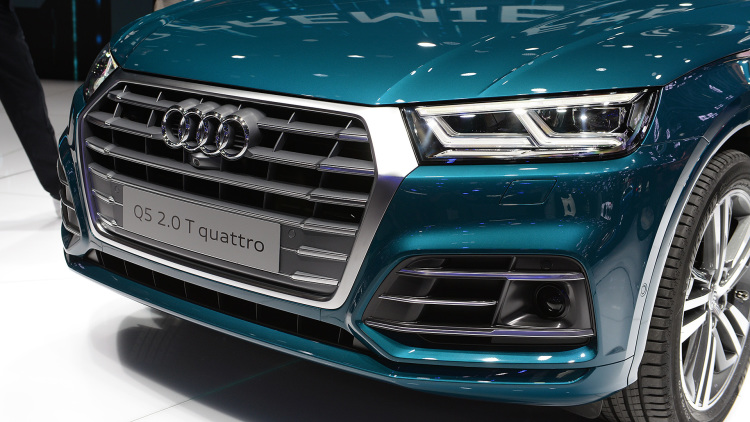 But unlike the Q7, the Q5 doesn't look quite so dowdy in its redesigned body. We'll attribute that to the smaller front and rear overhangs, which keep the Q5 looking like a crossover instead of a high-riding wagon. The face is mostly a carbon copy of the Q7's, with a prominent grille featuring a silver surround and flanked by a set of clean, stylish headlights. In back, the smaller Audi gets more expressive taillights that harken back to the first-generation model in their lighting signature. We aren't really sure what Audi was going for with its two-tier rear bumper, but it doesn't work and is inarguably the worst piece of an otherwise fashionable design. 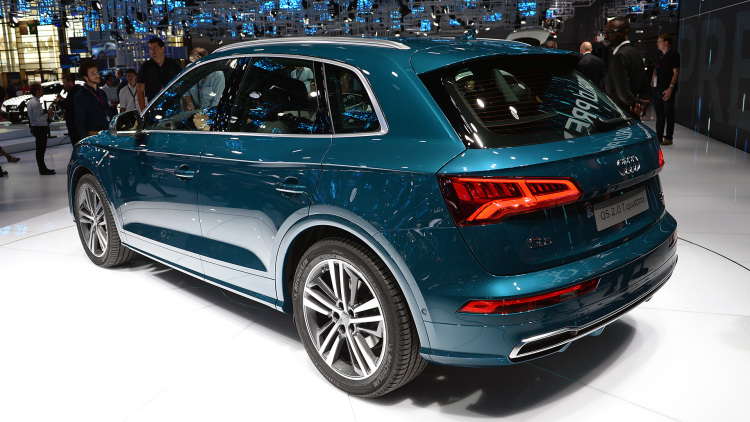 While we're geeked about the new tech, the powertrain front is less newsy. The European press release lists one gas engine – a 252-horsepower 2.0-liter, turbocharged four-cylinder – and four TDI powertrains. Those latter engines are dead to the US, as Audi faces the backlash from parent company Volkswagen's diesel emissions scandal. The European release also lists six-speed manual, seven-speed S-Tronic, and eight-speed automatic transmissions, depending on engine – we'd only count on the eight-speed coming to the US. 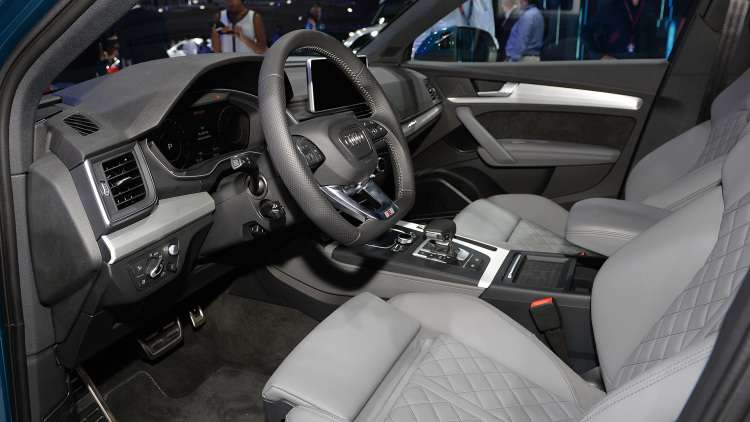 The car will also receive Audi’s latest technology, with Google Maps-based navigation with smart route planning, the brand’s Virtual Cockpit dashboard and a rear seat tablet-based entertainment system. The Q5 goes on sale in Europe shortly after its Paris debut. Sales in the U.S. are expected to commence around April, 2017. Q5s sold here will be sourced from a new plant in Mexico.